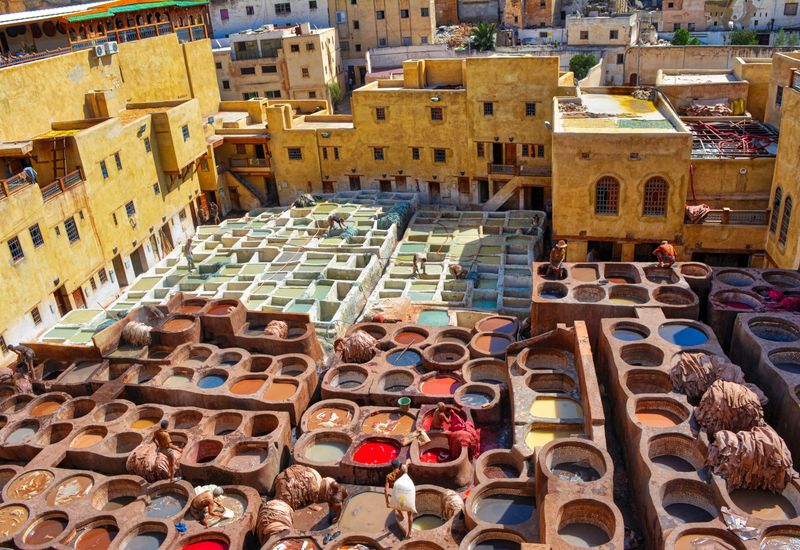 Fes is located in the North of Morocco; it is also the oldest imperial city that lot of tourists tend to visit during their stay in Morocco. Some of them prefer to land in this city to explore it first than maybe go on a tour to other famous sites in Morocco, but there are also who prefer to land in other cities like Marrakech,  Agadir, or Casablanca because they are not less important as well. The medina of Fes El Bali or the old Fes, which was classified as a UNESCO world Heritage Site, attracts a magnificent number of visitors because of its special narrow lines with bazaars, craft workshops and handcrafts producing different beautiful handmade stuff. Handcraft is considered as the most worth cultural treasure of the city and of the whole country.

The city of Fes is the third largest city in Morocco after Casablanca and Rabat. It was founded in 789, and later in 809, a new part of the town was established in the west bank of the Wadi. The two parts were united later in the 11th Century and the city became a significant Islamic city especially that it has the University of Kairaouine which gives it an important value for that it spreads knowledge and educate people.

On the way to the desert you will enjoy the beauty of Moroccan cities and countryside and green valleys. Watching the sunset and sunrise. Experience Sahara Desert, ride